It has been a longggg time since I wrote one of these posts, in fact it’s been a while since I’ve even blogged! woops, but I’m back now. I’ve hit the library big time this month and all three books I’ve picked up to read this month are from the library!

We Are Blood and Thunder by Kesia Lupo

I had a wander through my local library the other day and lo and behold, what did I find? This beauty, a debut ya fantasy about two women, a storm cloud that binds them and “a city where magic is feared”.

I’m only about a quarter of the way through but I’m liking it so far! 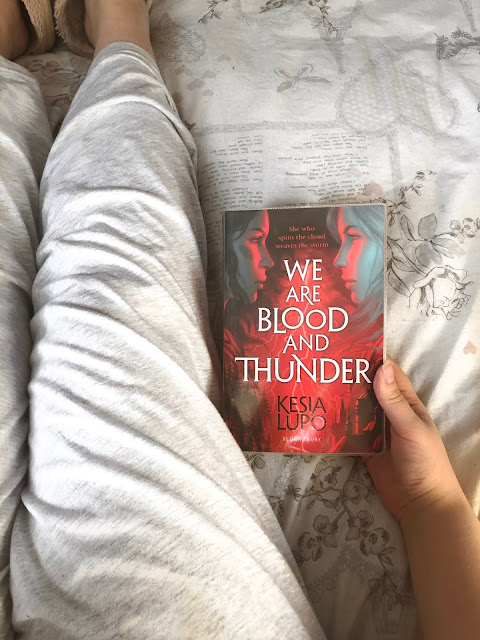 I remember adding this to my want to read list on Goodreads but then I completely forgot all about it in typical Chloe fashion. I read To Kill a Kingdom by Alexandra Christo last year and I’ve wanted to read more books on sirens, mermaids and the like since.
Sea Witch is about Evie, a witch who’s best friend Anna died when they were younger but then a few years later a new girl arrives in town who’s basically Anna’s twin, she’s a mermaid who needs to win the heart of the young prince in order to stay a human. Think the Little Mermaid and Ursla but the Hans Christian Anderson’s original version…

This book has been on my to read list for a while now so I was SO happy to see it in the library. Circe is the daughter of Helios, god of the sun and the nymph Perse, Circe doesn’t fit in anywhere and after several lonely centuries discovers she’s a witch who is then banished to the island of Aiaia where she meets the mortal Odysseus. Circe is a story told from the perspective of Circe herself.
Now I’ll admit I’ve already read this and after a difficult start I really enjoyed it. My Greek mythology knowledge is rusty at best so I did have to do a lot of googling but I loved how many figures from Greek mythology were included, such as Prometheus, Icarus and even the Minotaur. I did find the book quite slow to begin with and I couldn’t stand any of the characters, even Circe but she has grown on me, I loved reading about her story though.

You may also enjoy:

Bookstagram Made Me Do …

A Curse So Dark …